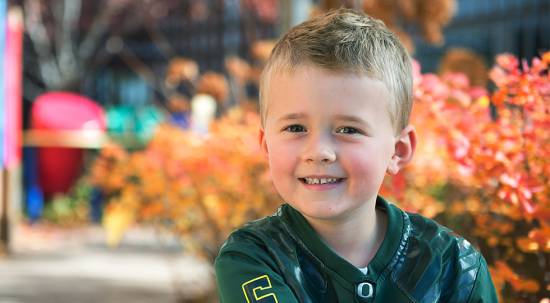 What Is a Brain Injury?

TBIs include concussions and their related nerve damage (neurotrauma). TBIs occur when the head is hit hard or gets whipped violently back and forth.

Moderate to severe brain injuries can occur when there is an extended lack of oxygen to the brain due to a near drowning or asphyxiation.

This type of injury occurs when there is a decreased flow of oxygen to the brain as a result of a TBI or illness.

Factors that can cause acquired brain injuries include:

For children and teens, the most common causes of TBI are:

Mild to moderate TBIs are often called concussions. They usually require outpatient follow-up care and a gradual return to activities, when appropriate. Moderate to severe TBIs cause serious structural injuries to the brain. They usually require hospitalization and full rehabilitation services to help kids or teens relearn skills.

Many factors can lead to nontraumatic brain injuries, including:

Already present at birth, AVMs are abnormal connections between arteries and veins. In some cases, AVMs bleed. Bleeding injures the brain and is considered a form of stroke. Depending on where the bleeding occurs, children can experience problems with speech, arm and leg control, understanding and learning.

Removing a tumor in the part of the brain that includes the cerebellum and brain stem (known as the posterior fossa) causes an acquired brain injury and a condition called posterior fossa syndrome.

Symptoms of posterior fossa syndrome include:

If the nerves of the face and neck are involved, children can have trouble making facial expressions or opening and closing their eyes. They might also struggle to control their emotions.

Encephalopathy is a brain injury that happens when other functions of the body get disrupted by factors such as:

Children who have epilepsy and a history of seizures are at risk for:

Both types of encephalitis are usually caused by a virus or bacteria. Depending on the location of the injury, encephalitis can cause a variety of problems, including:

Depending on the cause and location of the stroke, children might have trouble with speech and movement on one half of the body. Communication can be severely affected if the stroke occurs in the left side of the brain. If bleeding is severe, children might experience epilepsy and significant cognitive challenges.

When children can’t breathe, nerve cells in the brain die due to lack of oxygen. The result is brain damage to part or all of the brain. Children who go without oxygen for longer periods of time usually experience more disabilities.

Hypoxic injuries affect all children differently, depending on how long a child’s brain goes without enough oxygen.

TBIs are the most common type of acquired brain injury. They cause a wide variety of symptoms, including damage to cells, blood vessels and nerves in the brain. TBI symptoms range in severity based on which part of the brain is affected and the extent of the damage.

Because young children can’t tell you how they feel, it can be difficult to recognize symptoms in infants and toddlers. In addition to the symptoms listed so far, look for the following to help you tell if a child has experienced a brain injury:

A medical professional should evaluate children immediately after any type of brain injury. Depending on the severity of the injury, initial evaluations often take place in urgent care settings, emergency rooms or trauma centers.

For mild to moderate injuries (concussions), outpatient follow-up evaluations and care are usually recommended. At Gillette Children’s Specialty Healthcare we offer expert consultations and a full range of radiology and imaging  services, including:

Children who have moderate to severe brain injuries might receive the following tests:

If your child has a brain injury, you might notice a wide range of effects. Gillette’s full-service, family-centered approach to care gives your child a chance to return as fully as possible to life and normal activities. You can count on our exceptional team of specialists to help your child feel their best.

Your child might receive TBI treatment from experts in the following areas:

Whether your child needs outpatient follow-up care or full inpatient rehabilitation services, we offer the latest treatments and technologies to help them return to normal life. Gillette has the nation’s largest group of pediatric rehabilitation medicine specialists. You’ll work closely with these experts to create a custom treatment plan for your child.